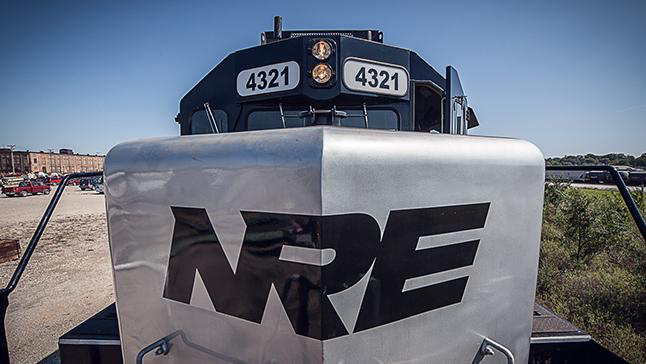 When you think of NRE, do you think of a North American locomotive company? If so, think again. NRE was recently contracted by Gabon Special Economic Zone (GSEZ) to provide remanufactured SD40-2 locomotives for its port in Gabon.

GSEZ is a joint venture involving OLAM International Limited. OLAM is a major player in agribusiness worldwide and a presence in 40 African countries. GSEZ was under immense pressure to start moving tonnage in-country to and from the port. They selected NRE due to its ability to deliver under very tight deadlines.

“The special request on this project was the aggressive timeline, which can briefly be described as Mission Impossible,” said Mike Elbaz, NRE VP of International Sales. “However, NRE stepped up to the challenge and was able to show the client that NRE had the core equipment, expertise, and facilities to take on this project,” he added.

This project began in April of 2018. The customer originally planned to purchase new locomotives. However, NRE was able to provide a remanufactured locomotive, delivered at a lower price and a faster timeline, which proved to be a better solution.

“The market in Africa and the Middle-East must be looked at as one, and it is an emerging market for diesel electric locomotives,” Elbaz said. “NRE will continue to be both creative and have a clear strategy and vision to ensure we don’t miss it.”